Using these schematic symbols, the circuit logic of an electrical system can be understood and the necessary work performed. Reading blueprints and having knowledge of the schematic symbols used is a basic part of the training of an electrician. The symbols are standard in most cases, although slight variations might exist in some schematic drawings. In the case of variations, the electrician must be familiar with all symbols used.

An electrical system must be closed in order to operate. This means that current must flow with disturbance through the system. However, in order to perform various tasks current can be shut off to certain parts of the system and turned on to others through the use of switches and relays. The current activates various mechanisms within the system such as controllers and motors. All of this activity must be reduced to the blueprint. Schematic symbols are used to represent all of these various components of the system.

The schematic drawing represents a circuit. The basic unit of any electrical circuit is the conductor. This is most often a wire. A straight line is generally used to represent the conductor in a schematic drawing. When two lines cross without a symbol, this represents two wires that are not connected. In order to show a connection, a dot is used where the two wires intersect. The presence of a dot indicates the connection and shows that current passes through both wires at this point. Some schematics indicate non-connecting wires by showing a semi-circle bridge at the intersection. This is done to avoid confusion and insure the reader understands that the wires do not connect at that point.

A normal electrical schematic of a complex system might contain as many as 66 standard symbols. Each represents a different component of the system. In a case where a symbol is needed to represent something not covered by standard schematic symbols, a key must be included on the drawing. With an understanding of schematic symbols and an accurate blueprint in hand, the electrician can make sense of even the most rat nest jumble of wires.

Find an electrician at ElectricianCompanies.com.

If you are looking for the most qualified and ethical Phoenix electrician for your electrical & lighting needs, call Accel Electric at 602-861-9559 or fill out this online service request form here.

We look forward to hearing from you soon.

Dave Haynes, owner of Accel Electric, a Phoenix based electrical service company known for cutting edge approaches to home electrical needs. As a family-owned business, David stresses quality service with schedule flexibility. He strives to hire the most qualified and respectful technicians who are familiar with the specific electrical requirements of the Phoenix area. David is currently a Master Electrician and is certified by International Association of Electrical Inspectors. If you live in the greater Phoenix metro area and desire a qualified technician for all your domestic electrical needs, call David Haynes at Accel Electric - 602-861-9559 today or send an email. 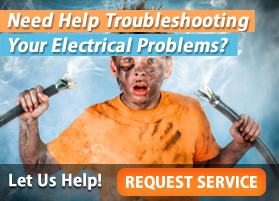